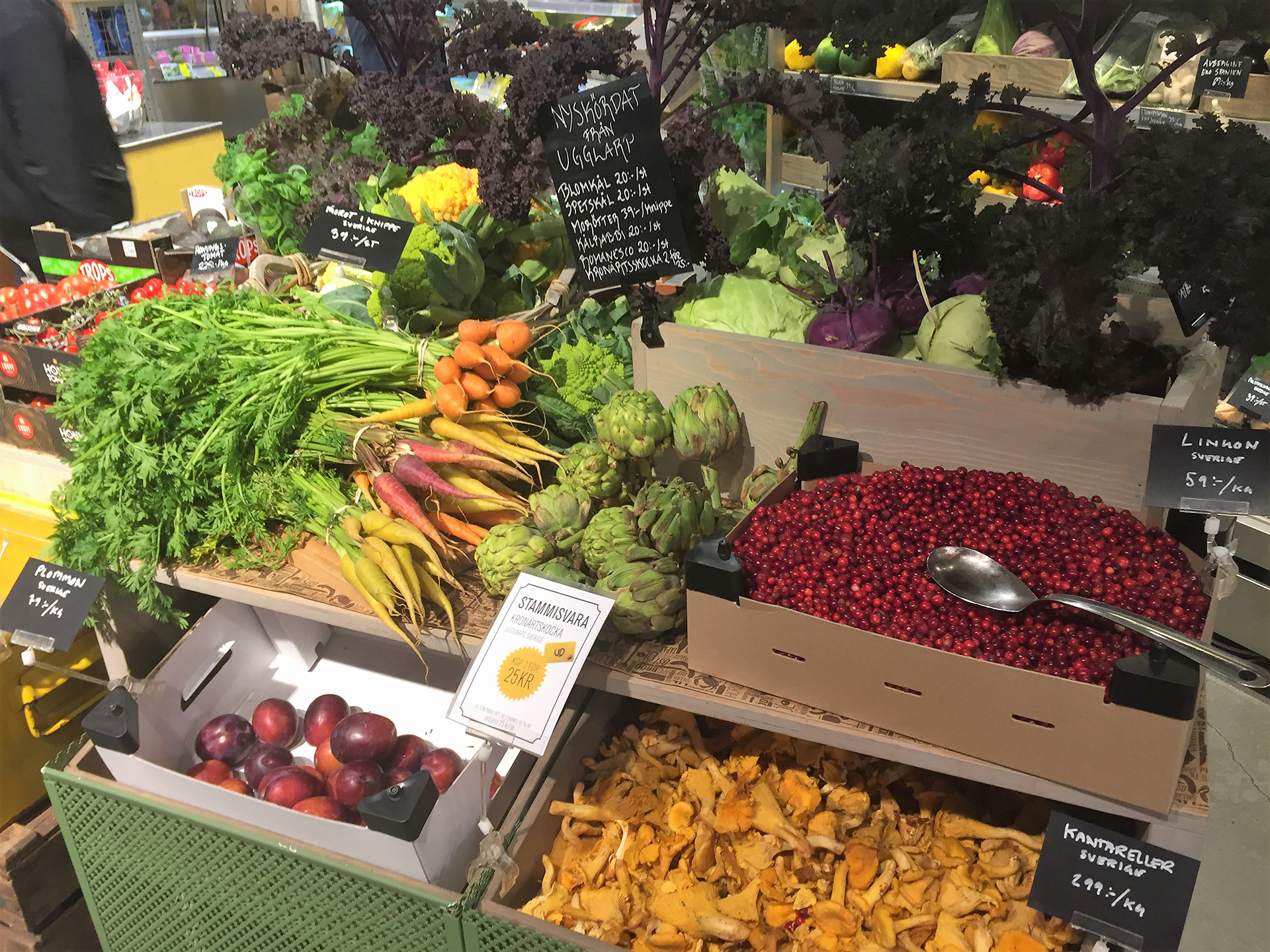 Punnet half full or half empty?

Irish people have always had healthy intentions when it comes to eating fruit and vegetables. According to Bord Bia’s PERIscope trend report, nine out of ten consumers claim ‘I try to eat a lot of fruit and vegetables’. A statistic which has remained constant for the last 10 to 15 years.

But in recent years there has been a steady uplift in our consumption of ‘Fruit and Vegetables. The same report indicates that half of us claim to eat at least 3 or 4 portions daily and a further 27% claiming to eat 5 or more.

The volume sales of fruit and vegetables show consistent volume growth over the last five years.

So what has changed in the last few years to convert this positive intention into behaviour?

Between our concerns about health and wellbeing, our enthusiasm for buying NutriBullets™, to celebrity bloggers extoling the virtues of ‘eating more veg’, to grocers actively discounting fruit and veg, to shoppers being more considerate in their shopping behaviours, there is little sign of our appetite for fruit and veg waning.

Transforming the look and feel of their Hypermarkets through leveraging food hall and market stall cues. Attention to detail of tailored banana display – shoppers can easily see produce without having to rummage in boxes – and automated misters to give produce fresh look and feel.

Our changing household utensil ownership goes part of the way to explaining our increasing interest in fruit and vegetables. Gone are the days in which a pressure cooker and a potato chip cutter were staple kitchen utensils. Today’s modern Irish household is more likely to have a wok, steamer, juicer, smoothie maker, vegetable spiralizer, NutriBullet™ or possibly all of the above!! In fact, one-in-three households now own a juicer, with one-in-eight claiming to own a NutriBullet™.

Our purchasing of these utensils is driven by a desire to eat healthier, more natural foods, such as fruit and vegetables. So it should come as no surprise that berries (juiced), spinach (steamed), and avocado (blitzed) all continue to experience strong growth.

As a consequence we are preparing meals from scratch more often, with almost half of us claiming to do so ‘once/few times a day’.

Convenience is still highly valued by shoppers, judging by the array of pre-prepared vegetables widely offered by retailers. The choice is enormous, from chopped carrots, sweet potato wedges, to medley of roast veg, pack of prepared vegetable for stir-frys, to the newer innovations such as cauliflower rice and spiralized courgettes – all of which makes it easier to include fresh vegetables in their daily meal solutions.

Retailers can also leverage the opportunity for scratch cooking positioning the ingredients for a home-cooked meal together in store to inspire shoppers and make cooking from scratch less daunting.

SuperValu’s Let’s Get Ireland Cooking campaigns, which encourages families to embrace fresh produce and whole foods by cooking from scratch, with recipes, competitions and bespoke offers – are great examples of this approach.

Never underestimate the value of convenience, cheats such as ready to cook prepared vegetables, will always be of value to time pressured cooks who want to cook from scratch for themselves and their families.

Urban Deli is a blend of a convenience grocery store, restaurant and bar, with a focus on local fresh produce. It has a modern look and feel with strong visual displays of fresh fruit and veg and minimal packaging.

Celebrity chefs continue to inspire and educate a new generation on how to create tasty, tantalizing meals for all occasions. In recent years, we’ve witnessed the rise of high profile celebrities and social media influencers promoting vegetarian or vegan diets as a healthy lifestyle choice.

The Happy Pear’s second cookbook ‘The World of the Happy Pear’ won Cookbook Of The Year in 2016, while selling 100,000+ copies. Their third book, due later this spring, “Recipe for Happiness” is eagerly anticipated by both their vegetarian and flexitarians (flexible vegetarians) followers alike.

Twenty years on from his first book ‘The Naked Chef’, Jamie Oliver continues to enthusiastically share simple yet delicious recipes that can help to make us healthier, happier and more productive. In recent years, the role of fruits and vegetables has evolved to become the stars of his recipes, with chia seeds, quinoa, nuts, wholegrain, sweet potatoes and super green spaghetti all comfortably sitting alongside traditional meat options. This is indicative of a wider trend in food literature of favouring more natural simple ingredients such as Joe Wicks, Roz Purcell and Deliciously Ella.

Meating At The Crossroads - from fish Fridays to meat free Mondays

Despite the rise in popularity of plant based diets, only 5% of Irish consumers claim to lead a vegetarian lifestyle. Nonetheless the increasing popularity of plant based meals gives permission to events like Veganuary – abstaining from eating meat and dairy for the month – to go mainstream. Witness Tesco recent launch of its own vegan range ‘Wicked Kitchen’ in January 2018.

The reality is that we are not moving away from meat, in fact meat and poultry continue to perform strongly. We still enjoy our meat, potatoes and two veg, is just that there’s a lot more vegetables on our plates.

Transforming the traditional neighbourhood convenience grocer to ensure that fruit and vegetables are presented in optimal condition to entice shoppers.

As we favour more regular, but smaller, grocery shopping trips, fresh produce such as fruit and vegetables becomes more attractive to buy. There’s less likelihood of food going off and we can buy in more affordable portions, better suited to making meals that same day.

Retailers are responding to this by price promoting on fresh fruit and veg, to drive footfall and spend in their store e.g. Aldi Super 6 or SuperValu 7.

Grocers are also investing in their fresh produce display area, borrowing the semiotics of fruit and vegetable market stalls to create a more enticing shopper environment. This is happening across Europe, not just in Ireland, looking at these examples from Sweden and Germany. 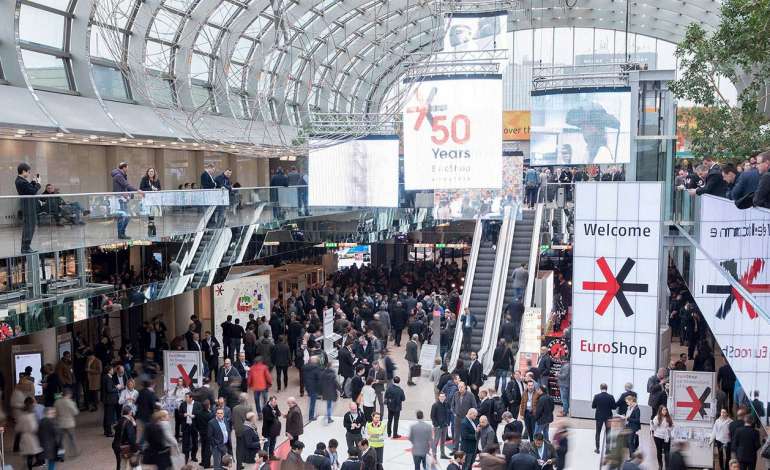